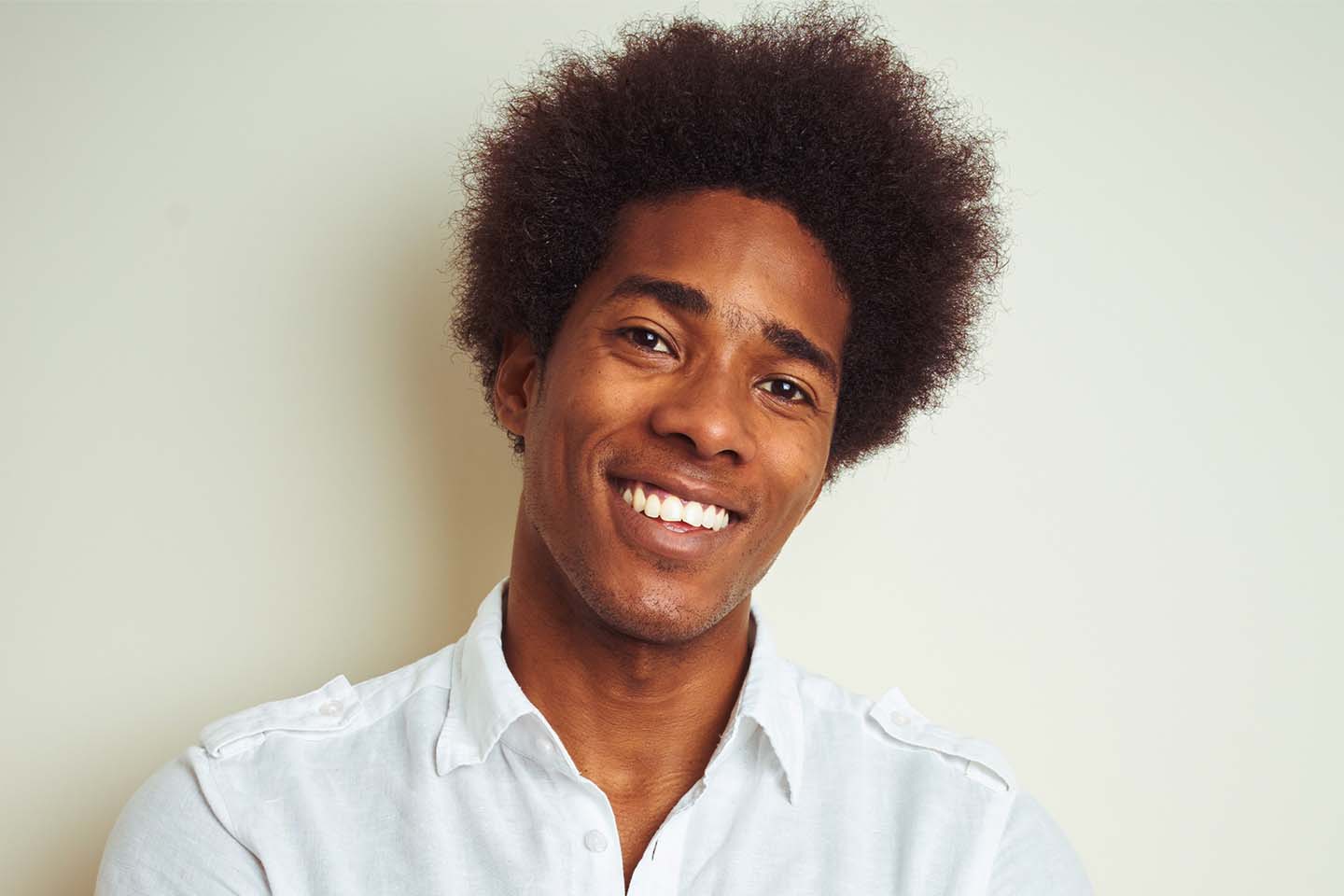 Periodontics, also called periodontology, is a sub-field of dentistry that deals with the structures that support the teeth, most notably the mouth bones and gums. Many people are adversely affected by periodontal disease, also called gum disease. One of the most common oral health disorders, periodontal disease is characterized by infection and inflammation of the gums. It is very important that periodontal disease be treated as soon as possible, since it can lead to more serious issues, including tooth loss. A receding gum line caused by the gums retracting from the teeth is commonly associated with periodontal disease. When the gum line recedes, the roots of the teeth become exposed, which can result in dangerous infections. To fix this issue, gum graft surgery may be performed. This procedure involves harvesting tissue from another part of the mouth to cover up the exposed roots. This prevents infections from occurring, while also restoring the natural appearance of the gums.

Stained and dulled teeth can be quickly and easily brightened with our professional teeth whitening. This service provides patients with a whiter, more youthful smile that looks completely natural. We promise a huge improvement in a patient’s appearance, and the results are noticeable after just one treatment. With professional teeth whitening, you can experience a refreshed look that helps your teeth stand out in all the right ways. 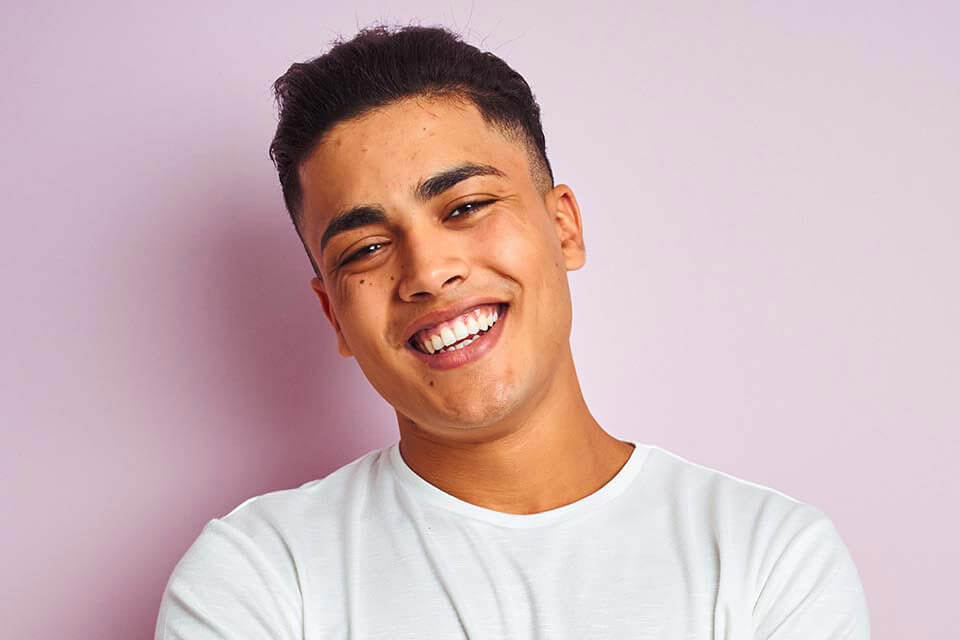 When the gum line becomes inflamed, it can result in a “gummy” smile that detracts from a person’s appearance. Dental crown lengthening is a cosmetic procedure designed to fix this issue. It works by removing and reshaping excess gum to expose more of the patient’s natural tooth. Dental crown lengthening is also used when teeth are damaged or decayed below the gum line so that they can be properly accessed and restored. Scaling and root planing is a highly effective, non-surgical method for treating periodontal disease. The treatment consists of a deep cleaning that is specifically designed to eliminate all of the plaque, tartar and toxins that have accumulated above and below the gum line. Scaling involves using special dental tools to remove plaque from the teeth and the root surfaces. Once completed, root planing is conducted to smooth out rough areas that are present on the root surfaces so the gums can heal properly and eventually reattach themselves to the teeth.

Root surface debridement is a deep cleaning of the root surfaces that is designed to remove all deposits of all harmful bacteria, plaque and tartar. The cleaning reaches deep within the areas between teeth, even reaching areas that cannot be accessed through normal brushing and flossing. Root surface debridement is conducted when gum disease has reached a point in which deep pockets have developed within the gums. At this stage, gum disease can spread to the jawbone and the connective tissue of teeth, causing serious damage. As a result, it is very important that treatment is received as quickly as possible if gum disease has progressed to this dangerous level. 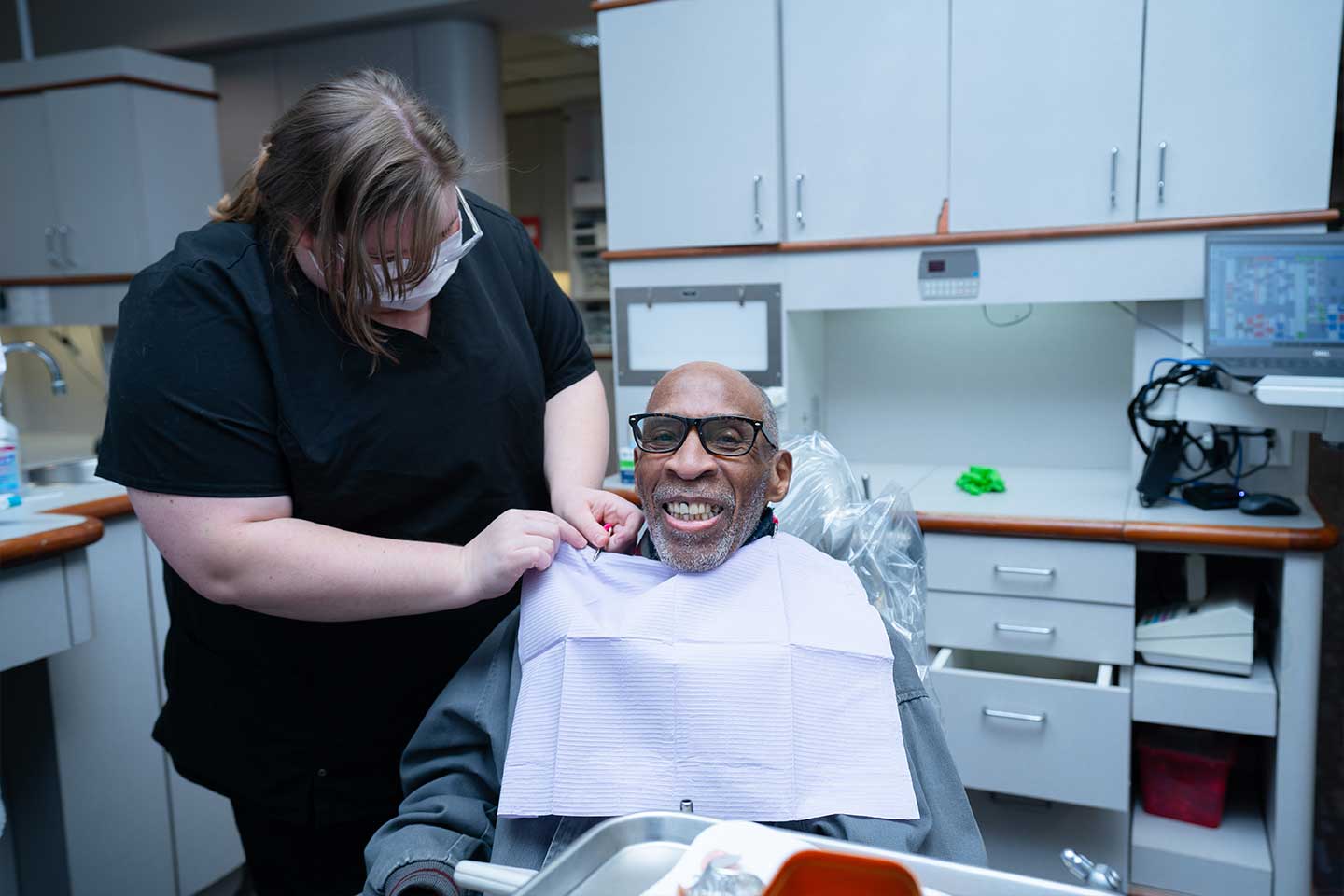 Certain surgical procedures may be recommended to patients with severe cases of gum disease. In most cases, these procedures consist of cutting into the gum line in order to conduct a deeper cleaning than one that can be provided through normal scaling and root planing. Gum surgery usually consists of cleaning deep below the gum line, removing excess gum tissue and covering up exposed roots with a gum graft. If you are suffering from gum disease and you would like to learn more about the treatment options that are available to you, please contact our office at (313) 261-0966 to schedule an appointment. Save money with our offers

Book now and enjoy a new smile for less.

$89
Includes Exam, X-rays, and Cleaning
Restrictions: *In the absence of periodontal disease. Cannot be combined with insurance or other offers. Limited Time Offer. New Patients Only.

$59
Includes Exam and One X-ray
Limited Time Offer. New Patients Only. Cannot be combined with insurance or other offers.
Book Online Cambridge Dental Group
is here to make you smile.

Thank you! Your submission has been received!
Oops! Something went wrong while submitting the form.
×

Tell us how we are doing?

Thank you so much for providing your feedback!

We would be so grateful if you can leave us a review on your preferred platform. It would mean so much if we are able to share with potential clients so they can feel more confident choosing us.

Leave a review on Google →

Leave a review on Facebook →

Leave a review on Yelp →
Thank you! Your submission has been received!
Oops! Something went wrong while submitting the form.
How Did We Do ?
Book Online
Call To Book